A fascinating region constructed of an immense set of the fragrant ancient Egyptian civilization that attracted millions of visitors for it's glorious remains and the massive amount of monuments.

Luxor Governorate is an attractive place for tourists, as the city contains many places that date back to the period of the existence of the Pharaohs, about seven thousand years ago.

Thebes was the city to which the kings who unified Egypt belonged after the first transition period, and thus became one of the most important cities in Egypt, a position that it will remain in throughout the majority of ancient Egyptian history.

Aswan is the historic metropolis of Swenett, later recognised as Syene, which in antiquity used to be the frontier city of Ancient Egypt dealing with the south. Swenett is supposed to have derived its identify from an Egyptian goddess with the equal name.[9] This goddess later used to be recognized as Eileithyia through the Greeks and Lucina through the Romans for the duration of their occupation of Ancient Egypt due to the fact of the comparable affiliation of their goddesses with childbirth, and of which the import is "the opener". The historic identify of the metropolis additionally is stated to be derived from the Egyptian image for "trade", or "market".

Thoughtful thoughts to your inbox

NEED HELP?
Call Us
00201090437491
Email for Us
info@egysuntours.com
Follow Us
SUPPORT
RECOMMENDED
Rate of payment tours : 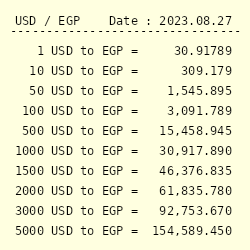